Ginger Crunch is damn delicious in its own right, so my attempt to create a “signature” slice is in no way an attempt to “improve” on the original but rather to take the guidelines of the ginger crunch components and reinterpret them into an entirely new slice… so without further ado, may I present: The Maple Bacon Crunch.

And since I don’t believe in wasting any part of the meat I consume, I happen to have a big old jar of bacon fat that I add to whenever I cook it. For this recipe, I highly recommend using streaky bacon, and cooking it off on the stove top where the fat can accumulate all those delicious bits courtesy of the Maillard reaction (not caramelization). I would definitely still save the renderings if I cooked bacon on a tray in the oven (less splatter, less mess, can do more at once) but I find it doesn’t have quite the same depth of flavor. 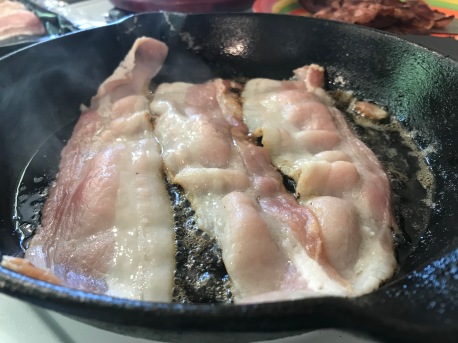 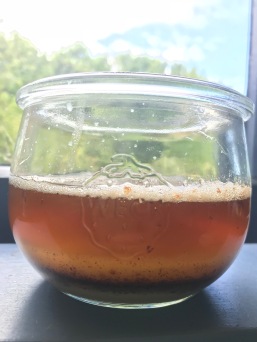 So, after you’ve got the bacon nice and crispy, chop it up – the finer you go, the more dispersed the flavor will be and the easier it’ll be to slice through the base – but do save some chunkier bits for the topping. 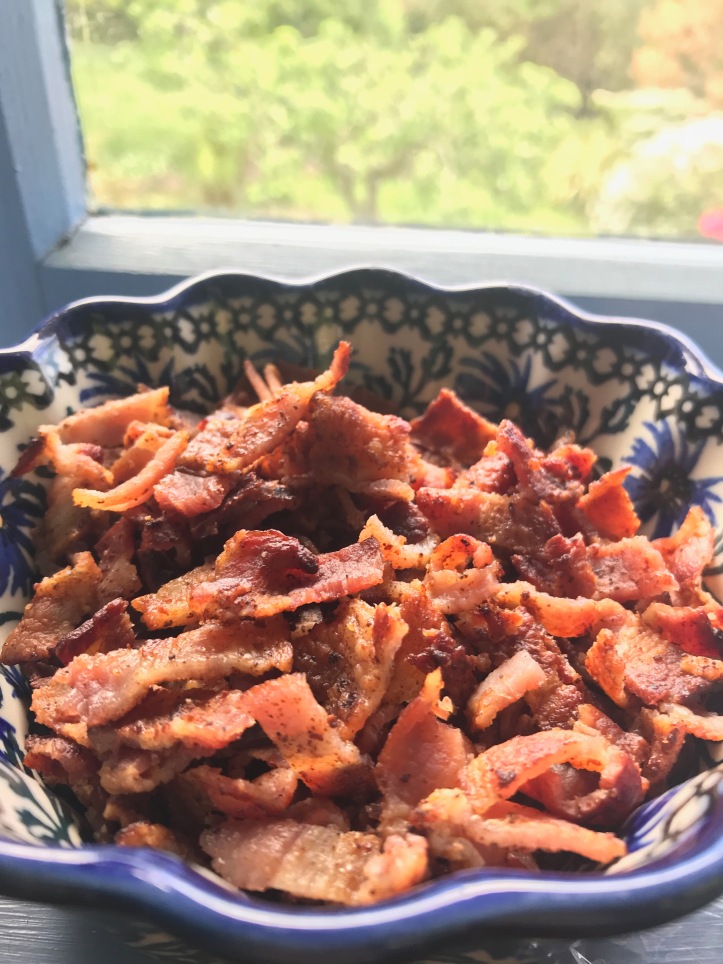 For the rest of the base, I was envisioning something sort of breakfast-y, so I went with oatmeal…but more like a crunchy oatmeal cookie than the chewy, golden syrupy oat-coconut base. I chose to split the fat content between butter and bacon fat (85g and 85g for a total of 170g of fat) but you could probably do the proportions any which way you wanted. The more bacon fat you use, the more bacony flavour you’ll have in the base, but remember, you want a nice balance! 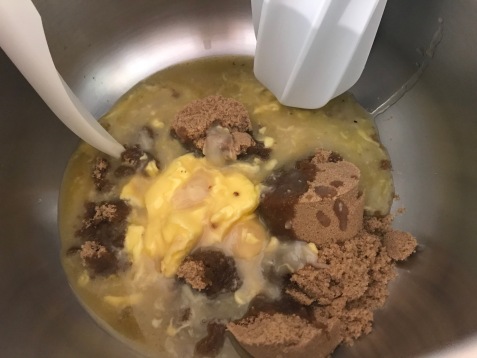 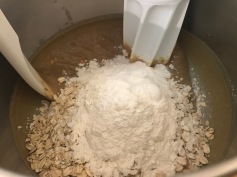 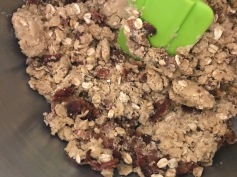 I used the larger of the two glass baking dishes I had used for the ginger crunch – the 20 x 30cm one (roughly 8 x 12 inches), and opted to let it cool before I iced it. 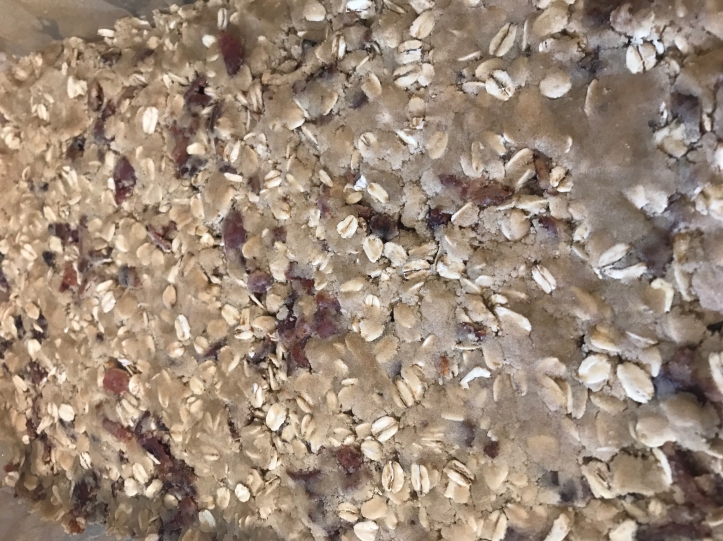 For the icing, I went the “whipped” route, but swapped in maple-flavoured golden syrup for the regular golden syrup, with a couple teaspoons of maple flavouring thrown in for good measure. It actually came out a bit softer than the others, but it did set. 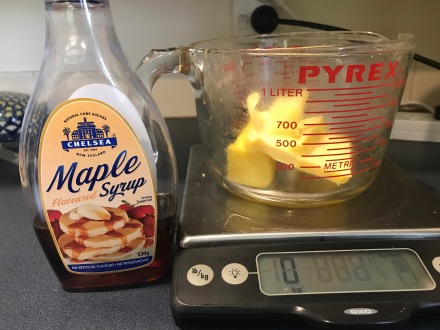 I sprinkled slightly larger chunks of chopped bacon on top but I could also see doing oat-bacon clusters, candied bacon, or chopped pecans instead.

The result was pretty damn delicious – the oatmeal cookie base was actually as crunchy as the biscuit base, if not more so. It actually made it a bit tricky to cut cleanly.

And for what it’s worth, when the plate of all three slices got passed around, while the ginger crunch was the most discussed – and was certainly enjoyed – it was the maple bacon crunch that disappeared first.

Probably just the novelty of it, but give it a try and let me know what you think! 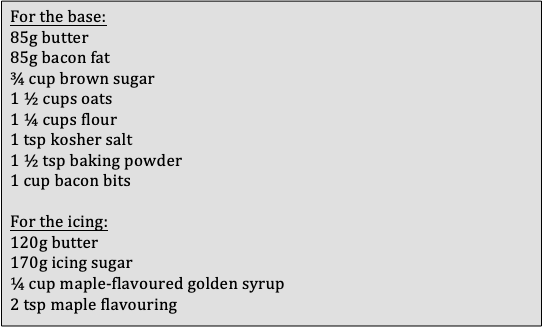 Preheat your oven to 180C (350F) and spray and line your baking tray/dish.

In a small bowl, mix together the flour, salt, baking powder and oats.

In the bowl of your mixer, fitted with a paddle attachment, cream together the room temperature fats with the brown sugar until fluffy. Fold in the dry ingredient mix and the bacon. Press into your lined dish and bake for 27 minutes.

Once evenly golden, remove from the oven and let cool to room temperature.

For the icing, melt the golden syrup, maple flavouring, and butter together.

Measure out the 170g of icing sugar into the bowl of your mixer, fitted with the whisk attachment. With mixer on low, slowly pour the melted butter mixture over the icing sugar. Gradually increase your mixer speed to medium until icing becomes paste-y. Spread over room temperature slice base, sprinkle over with garnish and chill until set.